we all have those buy mode objects we gravitated to, right? those ones that ended up being in *every* home we designed? here's a tribute to some of my favorites. 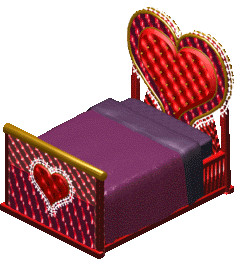 could i have started with any other object? the, dare i say, iconíque vibrating heart bed! kids these days have it easy. they don't remember back when you had to save up 20,000 simoleans just so your sims could woohoo as much as god (or well, you) intended! as the catalog says, "we have done a lot of testing with a pair of 300 pound dummies to strengthen the springs, reinforce the stitching and ensure smooth motion to the ocean." thank you, dear manufacturer, for your attention to detail. 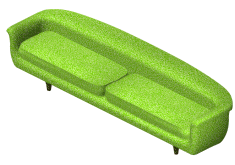 who among us could resist that gorgeous lime color? i was going to say "this couch was ikea before ikea existed", but apparently ikea started in 1943. you learn something new every day! anyway, as someone who has sat on many couches in their time, i can almost assure you this couch would have been incredibly uncomfortable, but that has never stopped me from putting aesthetics first. 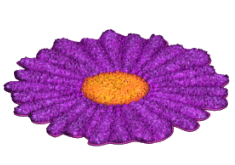 listen, this rug was whatever the 10-year-old-in-the-year-2000 word for fierce was. we were all knee-deep in that 00s does 60s, spice girls aesthetic, and as a self-described ~hippie chick~ i put this rug in every house. she added whimsy! color! nature without the nature! she gave us limited too! she gave us lizzie mcguire! she gave us cadet kelly! she gave us "i may be a child, but i'm still (correctly) against war!". if i'm being honest, i still want this rug in my apartment.

okay, we can't talk about nature without the nature without talking about her. look at those full, luscious leaves! that vibrant green! i can practically feel the soft rubber through my screen. was she the root of my desire to only have fake plants in my house? was the sims the root of my conviction that houseplants don't ever need to be watered? perhaps!

before we begin, allow me to lead us in a moment of silence for all the fish that died in this aquarium........... *sigh* amen. this was truly a gorgeous addition to any room, offering a beautiful blue light and three colorful friends to keep you company until their untimely end. allow me to offer you an apology on behalf of all of us, dearly departed fish... we were too young to be juggling the responsibilities of an entire family, and your needs unfairly fell by the wayside. you deserved so much better. we are sorry, and we hope you have all the fish flakes you want in that big aquarium in the sky.

i think we can all agree that the lawn flamingo is a superstar of kitsch in real life, and that status carries over into the sims. what better way to show you're a fun-loving person who would much rather be at the beach? and what better way to show disdain for your neighbor or loved one than to kick down their delicately placed lawn ornament.

any item description that begins with "before his tragic suicide" has my respect. the creators of the sims were insane, and that's relatable to me. but back to the painting-- the design was simple. the colors were impeccable. and as a young homosexual who loved everything rainbow, i put this painting in every child's room. now as an older homosexual, maybe all i need is a life-size recreation of this painting and my life will be complete.

portrait grid by payne a. pitcher

this sculpture embodies the raw sexuality inherent in all humans alongside the humor of taking your pants off in front of another person and, not being so bold to assume you'd be having sex later on, forgetting you wore a goofy pair of underpants that day. a piece that had the ability to both add a touch of class to any room and make the room's inhabitants feel at ease. 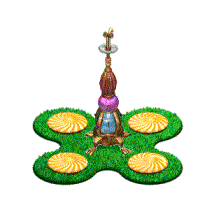 say your sims smoke weed without saying your sims smoke weed. i will say this led me to believe that there were a lot more huge "hookah"(?) things in peoples' houses than there really were. at the same time though, i remember being 16 and like regularly going to the hookah lounge or doing it in a friend's basement (with a tiny one that always tipped over and resulted in burn marks on the sheets). who allowed that? anyway, points to the sims for making drugs look cool.

i can't ignore this staple of every child socipath's gameplay. when you're in a pinch and need to kill a sim pronto, you can't trust that their poor cooking skills and shoddy oven will do the job. no, you need the security of a sure-fire fire that only the sky scorcher can provide. RIP to every sim that was senselessly murdered with this object, but in our defense we just had unmet needs for power and control. 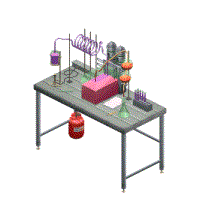 i will be honest with you, dear reader. i was too scared to use this object 90% of the time, but the look of this table screams "the sims" to me. did you know there were NINE different potential potions? i only ever saw like three! the potions had the power to do things like reverse a sim's personality, turn them into a monster, cure sickness, make them invisible, make an evil clone of them, but you never knew which one you were going to get. that uncertainty was too much for an anxious child like me. kudos to all you junior scientists brave enough to experiment!

between this and austin powers, i really thought that once i started going to bars go-go cages would be a lot more common than they actually are. these cages really said "this house is a Party house", capital P. watching your sims lose themselves in the music in one of these was a truly moving experience, and one i can only hope to replicate in my own life. 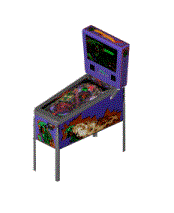 'see me, feel me' pinball machine

between this and space cadet pinball on windows, pinball was really having its own mini-moment in the 2000s. the fact that this machine is a reference to the who completely flew over my head as a kid, but now i say "haha". while its noise could get grating if your sims decided to play for hours and hours, the colors and overall vibe it added to any house was *chef's kiss*. is this the root of my desire to spend all my free time playing pinball in the local arcade? perhaps.

remember this f*ckin' guy? i'd build a beautiful house with impeccable decorating, filled with all the items my sims could ask for... and then in the middle of the night, some guy would just waltz into my house unencumbered and i'd realize i FORGOT THE DAMN ALARM!! this is the only object on the list because it was the bane of my sim-xistence. 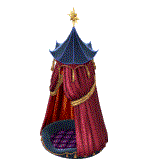 to me, this pet bed signified opulence. priced at 1,130 simoleans, it is the the royal treatment that every cat thinks they deserve and that none of us can actually afford. if i could have a human-sized version of this bed, i think i would know true peace.